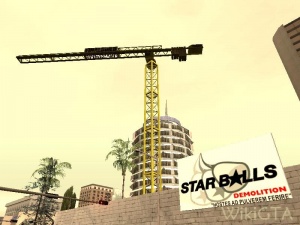 Hostes ad pulverem ferire is Latin for 'Pulverize the enemy'. The text appears in Vice City and San Andreas.

The text is first used in GTA Vice City, on the courtyard in downtown. It later appears in GTA San Andreas, as a slogan for the Starballs Demolition company in Los Santos. The text 'Pulverize the enemy' is appropriate - although still strange - for both a courtyard and a demolition company. 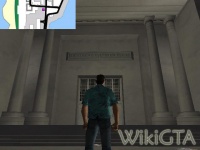 The courtyard in Vice City
Retrieved from "http://en.wikigta.org/wiki/Hostes_ad_pulverem_ferire"
Categories: