Ray Machowski is a police officer in Liberty City who becomes involved with corrupt activities.

Ray is teamed with his already corrupt partner Leon McAffrey in 1998. Ray doesn't want to have anything to do with McAffrey's criminal business. 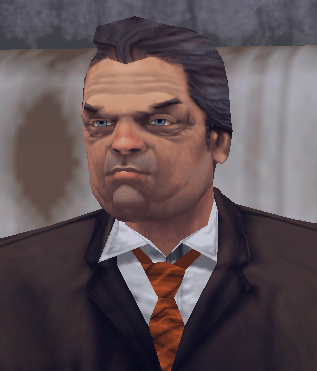 Although he was reluctant to engage in McAffrey's methods, Ray eventually gave in. Being a corrupt cop made him very paranoid by the year of 2001, as he fears the authorities will find out about his activities. Ray would only see Claude after a series of calls through public phones and meets him in the safety of the toilets in Belville Park. His missions often involve destroying evidence which could cause Ray problems. He even asks Claude to murder Leon McAffrey, who was caught by the CIA and was about to tell about Rays corruption.

Ray is eventually forced to leave the city when the CIA is after him. Claude takes him to the airport and Ray takes a plane to Miami. He leaves a message for Claude, thanking him and telling the location of his private garage with several weapons and a bulletproof Patriot.