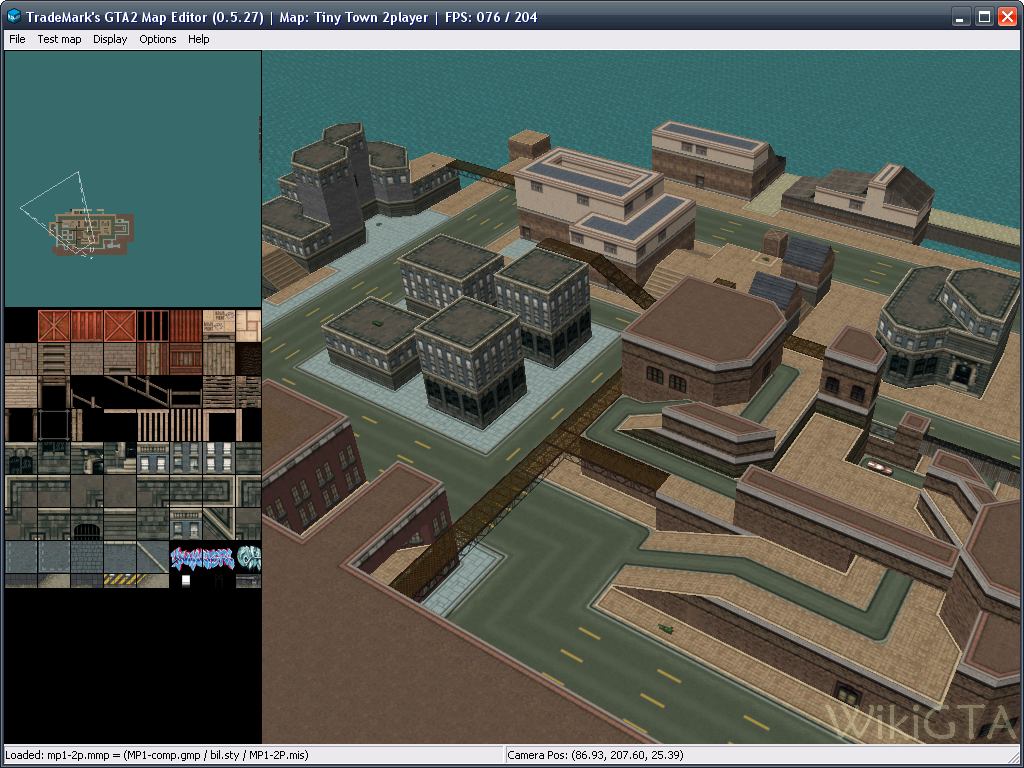 TradeMark's GTA2 Map Editor is a map editor for GTA2. It is developed by modder TradeMark who aims to replace DMA Design's GTA2 Editor.

The editor is currently in beta stage and cannot be used to create maps yet. For now, development mostly focusses on the map viewer. Whole levels are shown in 3D, whereas the DMA editor only shows parts of 23 x 23 x 7 blocks. Several camera featurs are available, including a free camera, a top down view and the possibility to alter the perspective.

The editor is able to show objects such as weapons, vehicles and characters if the MIS file of the script is available. It is also possible to easily create map images of the level.

The zone editor, in which levels are shown as a flat surface.

Another feature is an advanced zone editor which is used to view, create an edit map zones. This is an important feature, since creating zones will crash the DMA editor in most modern operating systems.