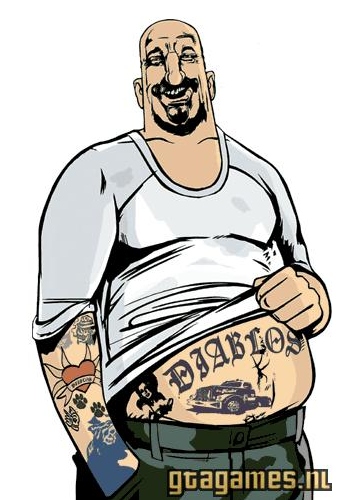 Although you only speak with El Burro on the phone and never actually meet him, artwork of him has been made for GTA III and the last cutscene of the San Andreas chapter of Grand Theft Auto.