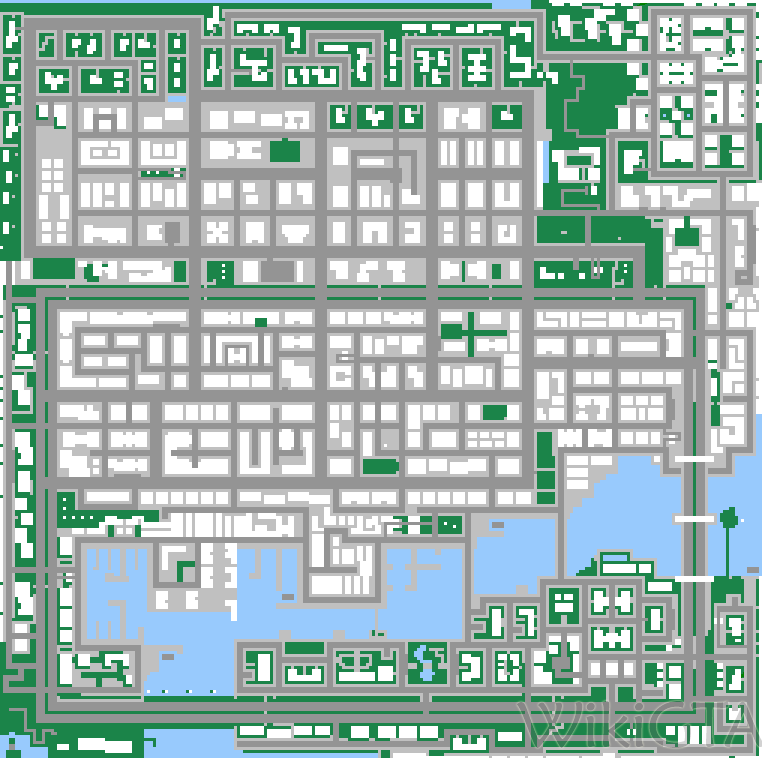 Map of the city San Andreas in Grand Theft Auto

Old world Latin charm and new order Pacific rim technology live happily side by side in San Andreas, the city of the future. San Andreas, which expanded rapidly following the famous 'Fool's Gold Rush' of 1869, has long had ties with the orient. Today, this is reflected in it's thriving oriental communities. As well as Korean and Japanese populations, the city boasts the ninth largest Chinese population in a major city with a two word name anywhere in the world. It has long been rumoured that the Chinese control much of the organised crime on the west coast from a laundry in San Andreas's Chinatown, but no one has ever been able to substantiate these claims, although some have disappeared while trying. Conflicts between Mexican and Chinese communities are common in the area, which also has long been associated with the peace movement. In 1968, hippie students occupied an area to the west of Sunrise, and founded a commune. The dispute with the authorities ended when the Governor sent in a crack team of SWAT operatives, who rapidly ended the confusion. The area has subsequently become known as Soviet Hill. The city of San Andreas grew up around the natural harbour to the south of the modern city. This harbour was formed by the geological fault line which will one day tear San Andreas apart. Seven major earth quakes have rearranged the city, and it sometimes feels as if the people know they are not here to stay. From hippies and Hari Krishna to gangsters and policemen, everyone wants a piece of the action on their own terms in this thriving, 23 hour a day city.

In GTA San Andreas, San Andreas is a state on the west coast of America. San Andreas contains several counties, three cities and ten small towns. Despite San Andreas being a state, the whole map is surrounded with water. San Andreas has a lot of different landscapes, including deserts in Bone County, countrysides in Red County, forests in Flint County and of course the huge Mount Chiliad in Whetstone. 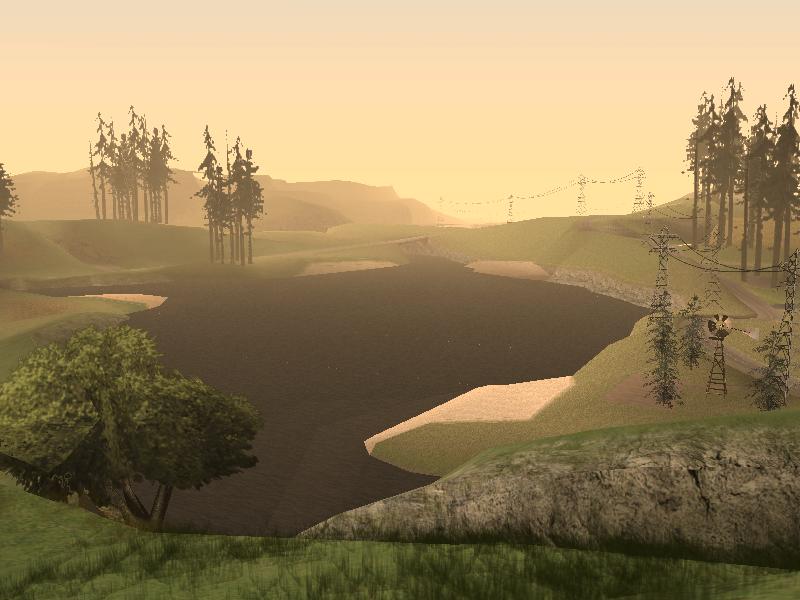 A lake in Red County

Flint County lies west from Red County. Most part it is uninhabited and covered with forests, except for some farms and of course San Fierro. 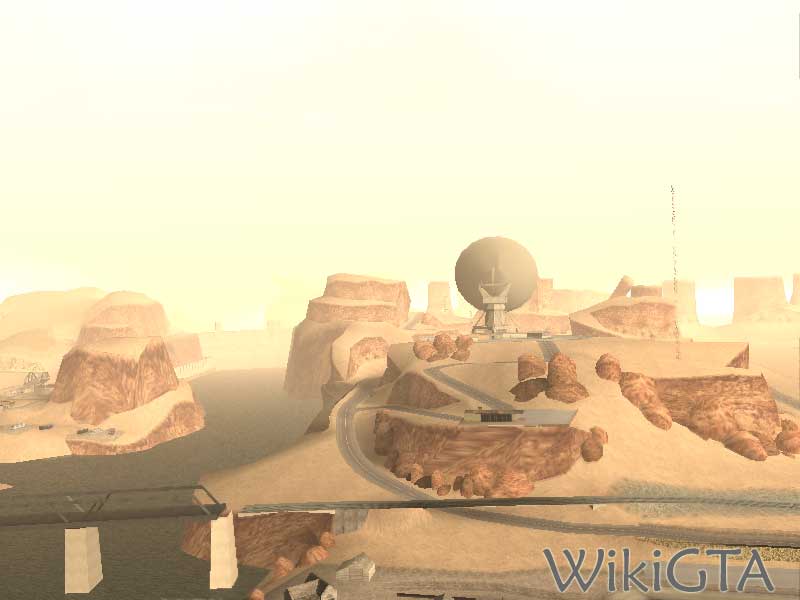 Bone County, with the Sherman Dam and The Big Ear in the background

Although Bone County consists of a large desert, many interesting places can be found here, like an abandoned airstrip, Area 69 or The Big Ear.

Tierra Robada is located north-west in San Andreas. Tierra Robada contains several towns, and is connected with San Fierro with the Garver Bridge and Gant Bridge. The name 'Tierra Robada' is Spanish for Robbed Land, what could be a reference to the fact the colonists stole it form the original inhabitants, or the fact that the dry land has been 'robbed' from vegetation. 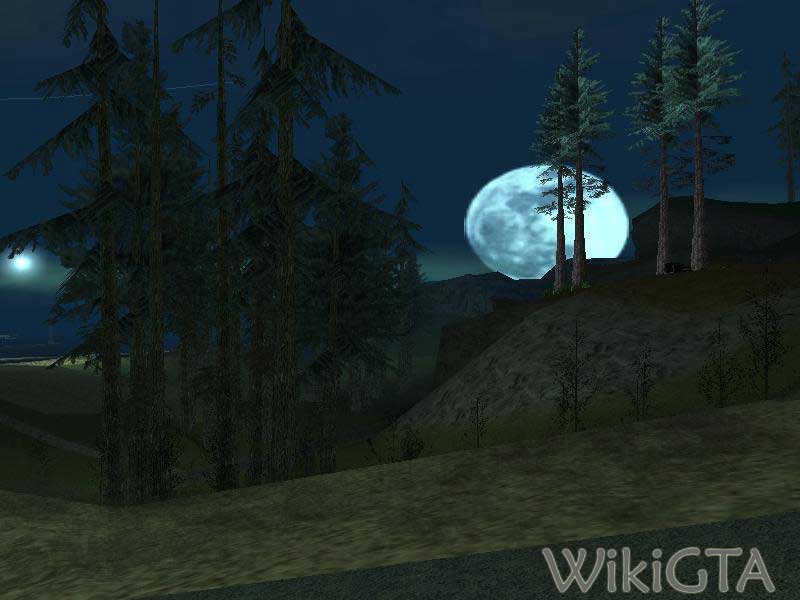 Whetstone can be found in the south-west corner of San Andreas, and consists of a lone town and the majestic Mount Chiliad.

In Grand Theft Auto V only South California will serve as the playable area, which includes Los Santos and surrounding urban areas. Natural parks will also appear in GTA V, including Mount Chiliad.