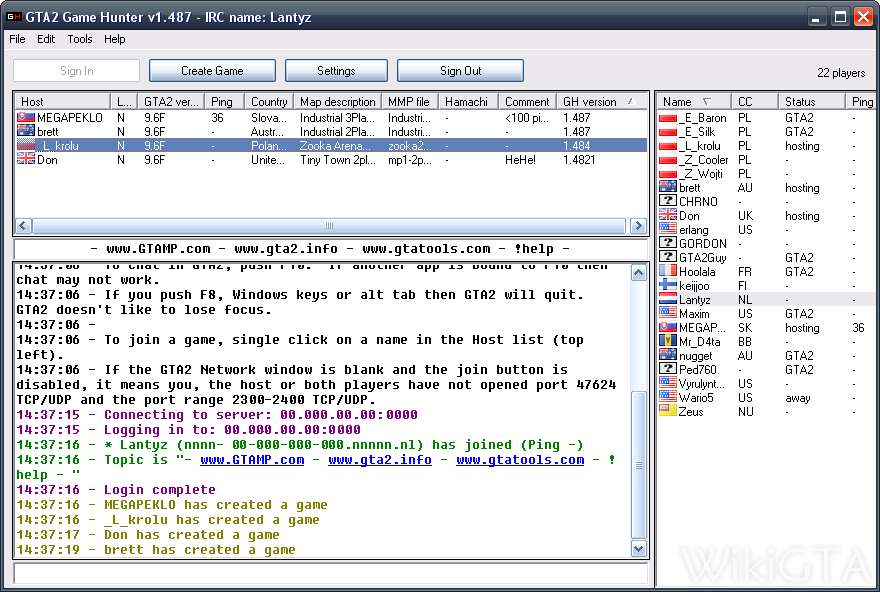 The GTA2 Game Hunter is a popular unofficial program which allows you to easily find GTA2 Multiplayer games. The first version of the Game Hunter was released on January 24, 2005 by the modder Sektor, but it is still maintained and once in a while a new version is released. Version 1.487 was released on March 6, 2008.

The program shows a list of online players and their nationality, a list of hosted games and it contains a chatbox which can be used to chat with other players. Games created with the Game Hunter are visible for all other players who log on to the Game Hunter. You can allow players from all over the world to join your game, or protect your game with a password so only your friend can join.