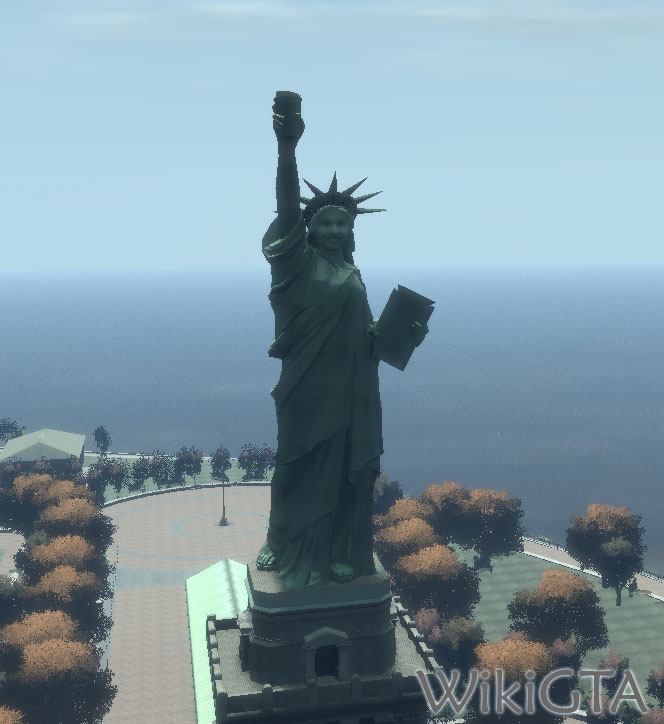 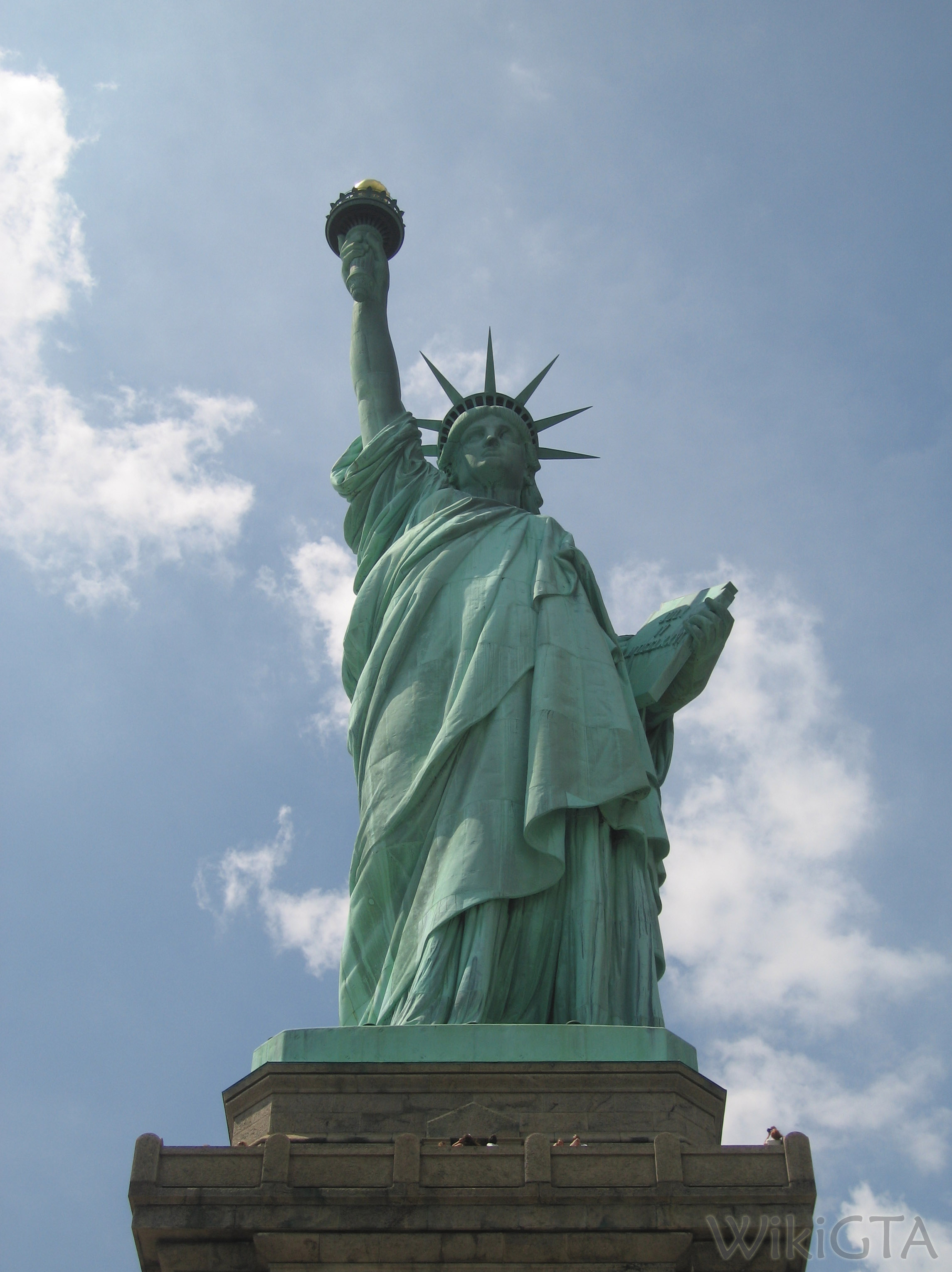 The Statue of Happiness is a statue on Happiness Island in Liberty City. It is inspired by the Statue of Liberty in New York, given by France to the United States of America on the occasion of 100 years of independence. There have been made a number of changes compared to the real statue. The torch has been replaced by cup of coffee and the face of the statue looks like that of the politician Hillary Clinton.

At the base of the statue lies a T-shirt. On the front “Happiness Is” is printed, on the back “Land”. This can be interpreted in two ways: “Happiness Island”, but also “Happiness Is Land” or in other words “Property makes happiness”.

The Island of Happiness is the scene where the end of the GTA IV storyline takes place. After a long persuit, Niko Bellic manages to take out James Pegorino or Dimitri Rascalov, depending on decisions earlier made, at the base of the statue.

On the tablet in the left hand of the statue there is a text written. This is a parody on a part of the verse, written on the pedestal of the Statue of Liberty.

The only thing that really stands on the tablet of the Statue of Liberty, is the date (4 July 1776), written in Roman digits. This is the date that the United States of America became independent.

By taking a helicopter, it is possible to reach the platform from where you can enter the statue itself. At each side of the door, there is a sign saying "No Hidden Content this way". Once you have entered, you will have to mount a ladder to get to the chained pumping heart. This easter egg received quickly after its discovery the nickname "The Heart of Liberty"

Like the other parts of Liberty City, the Island of Happiness hasn't been spared of the pigeon plague. There are six pigeons on the statue.