As in GTA San Andreas, GTA IV features the possibility to take girls out on a date. In total, the game features five potential girlfriends for Niko. Three of which are contacted via in-game websites, the other two through playing storyline missions. Niko meets his first girlfriend, Michelle, during the mission Three's a Crowd.

The mission First Date serves as an introduction to the game's dating mechanics, by having you take Michelle out bowling. Kate, available after the mission Waste Not Want Knots, is reachable by cell phone. The other three girlfriends require you to contact them by using the in-game internet. Carmen and Kiki each have a profile on Love-meet.net and Alexandra on Craplist.net in the "Party girl seeks man for NSA fun and blog material"- topic. To meet one of the girls, press Contact Me on the bottom of her respective page, and she will send you an e-mail some time during the following days. If it says she's interested, upon reading the mail you'll get an update in your Organizer, featuring the time and date of your appointment.

Appeal to her interests

Before you go on a date, it's useful to check out the table below. The place you take your girlfriend to is important, but even moreso are the clothes you wear and the vehicle you show up in. For your first date, you should wear decent clothes and drive a decent vehicle, however each girlfriend has different preferences. It's important to live up to them, because if your girlfriend doesn't have 60% 'Like' at the end of the first date, you won't be able to ask her number.

You can take your date to various spots in Liberty City and Alderney. There are lots of restaurants

, sports centres and clubs. Usually, restaurants have little effect on the progress of a date. Therefore it's not recommended to take your girl out to eat on your first date, but, for instance, to a cabaret

club. Each girlfriend has her own favourite sport she practises. Some of them even like visiting strip clubs

Losing or dumping your girlfriend

Dating women from the internet has it's advantages. After having sex with one of them for the first time, she'll call you to tell you she might be able to help you with specific things, might you need them (like filling your health by calling her). As long as her 'Like' percentage is above 60%, you can keep using this special ability. If it drops below 60%, you won't be able to use it until you've had sex with her again. You can only use their special abilities up to three times between two dates. 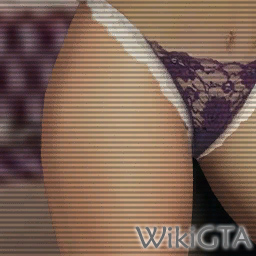 If you finish a date succesfully with a girl who already liked you 100%, she'll send you a phone message with a photo of her. She'll usually just picture her face the first time, but the second time it's a photo of her slip or behind. Carmen and Alex do this because they think they're sexy and want to arouse Niko, while Kiki usually does this because she's jealous.

Dating Alex also has a literary side to it. Like she tells Niko on their first date, she's fond of blogging and has her own blog named Liberated women on blogsnobs.org. After each date, she writes about how she liked the date and many other aspects of her life.

Note: The vehicles written on each profile are just examples. There are more vehicles with which you can pick up your girlfriend stylishly.